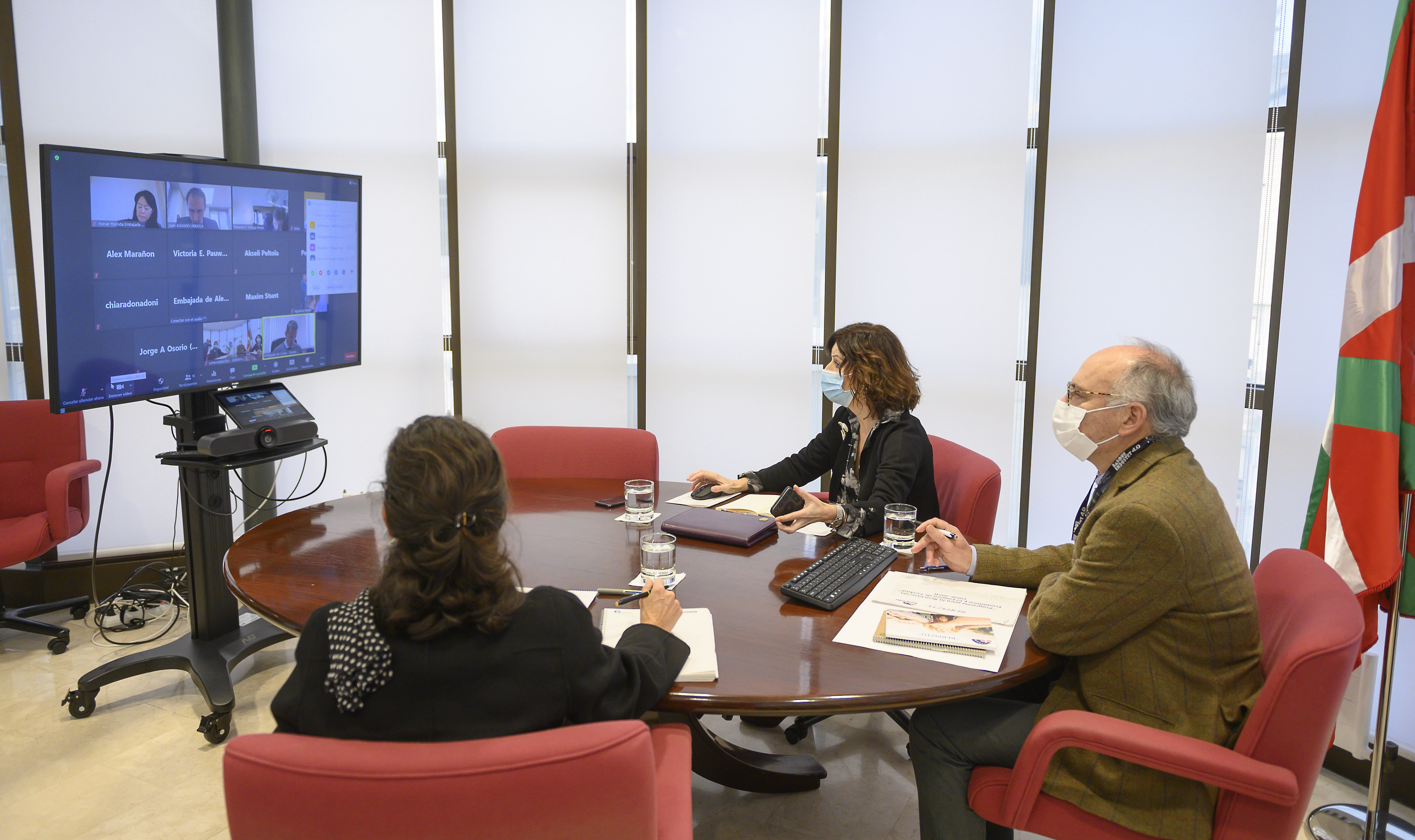 This morning, representatives of the Basque Government General Secretariat of the Presidency and for External Affairs had a telematic meeting with representatives of Embassies of several countries, to present the BERPIZTU Programme for Economic Recovery and Employment in the Basque Country.

The work meeting, entitled “BERPIZTU Programme for Economic Recovery and Employment in the Basque Country” served to present the members of the diplomatic corps with the Basque institutional response to the economic crisis caused by the health pandemic. A programme falling within the field of Sustainable Growth and which makes a commitment with the response to the three transitions to build a greener, more digital and more inclusive Basque Country, in line with the European strategy.

BERPIZTU is structured into two vertical core areas: AREA I Economic Recovery, and AREA II Employment creation. It also includes a third multidisciplinary area: Employment quality and Gender equality. Each of these areas open out into 12 Key Policies, which are in turn developed in 60 lines of action.

The Programme envisages a public effort by the Basque Government of 13,250 million euros for the period 2020-2024, between budgetary resources and public financing initiatives. The objective is to recover all lost jobs and to bring the unemployment rate back down to below 10%. With this objective, the BERPIZTU Programme for the Economic and Social Reconstruction of the Basque Country seeks to: promote 135,000 jobs; support the creation of 6,000 new companies and micro-companies; promote 1,000 new Research and Development projects; back 10,000 industrial companies; increase the added value of 4,000 industries and advanced services; increase the added value of 100 food industries; and increase by 1,400 million the added value of trace, hospitality and tourism.