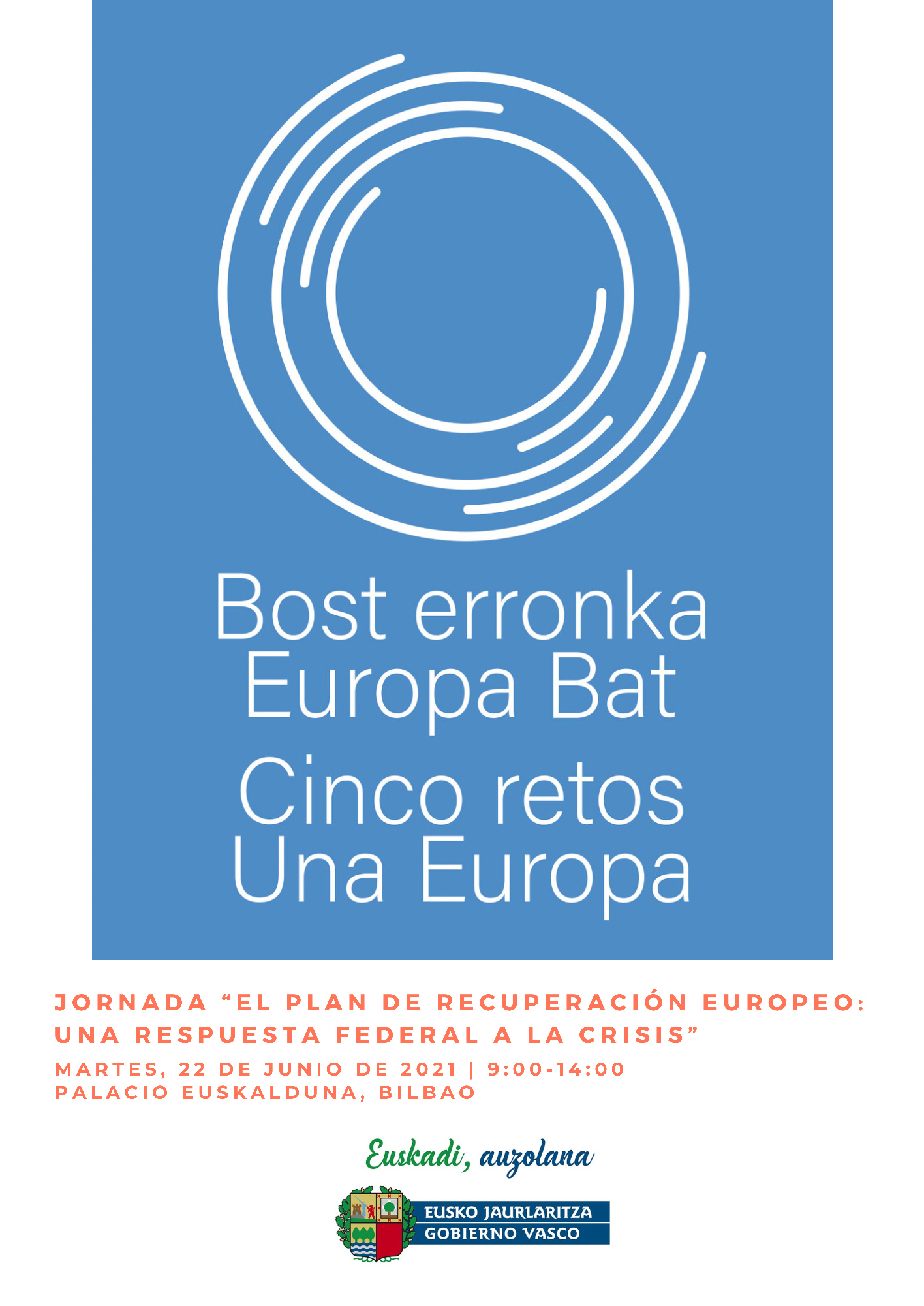 The Basque Government will once again be playing an active role in the European integration process during the twelve-month term of the Conference on the Future of Europe, which kicked off on 9 May last in Strasbourg. The Conference aims to invite European citizens to participate in the debates for the first time and express their opinions in order to define the future of Europe.

During this new stage, the President of the Basque Country and the presidents of 14 European regions with legislative powers in attendance at the RLEG initiative sent a letter on 3 May last to the highest authorities to mark the celebration of this Conference, demanding greater prominence and direct participation of regions with legislative powers in the policymaking and implementation process in the EU.

And in response to this new EU reform process, the Basque Government along with the Basque Minister from the EuroBasque European Movement have launched a process of reflections open to the Basque public, organised across four seminars.

Under the heading Five Challenges: One Europe, the seminars will address five key challenges for the future of the European Union: the Recovery Plan for Europe; Europe and world geopolitics; European governance; social Europe; and cultural and linguistic diversity.

The result of this process of reflection by Basque society will form the basis of the contribution to the Conference on the Future of Europe, through the digital platform created for this purpose by the European institutions.

The first workshop will be held on 22 June at the Euskalduna Palace in Bilbao, and the topic of discussion will be “The European Recovery Plan: a federal response to the crisis”. It will go through the details of the Recovery Plan promoted by the European Union, which has been awarded more than 800,000 million euros, as well as its main lines of funding and the opportunity it represents for the Basque Country. The conference will feature top-level experts on the economy, green transition and digital transformation, with institutional representatives, academics and several civil society organisations, as well as members of the public interested in participating.

Three more workshops will be held from now until Spring 2022 that will deal with the following issues:

The conferences will be held in the three Historical Territories and will offer the option of participating in person or online and through social media.

Both the Basque Government and EuroBasque encourage participation and undertake to work together to allow the richness and diversity of the Basque public be brought to the European Conference and to be taken into account in the new future of the European Union. The result of this process will be reflected in different documents and publications that will be drafted based on the contributions received.