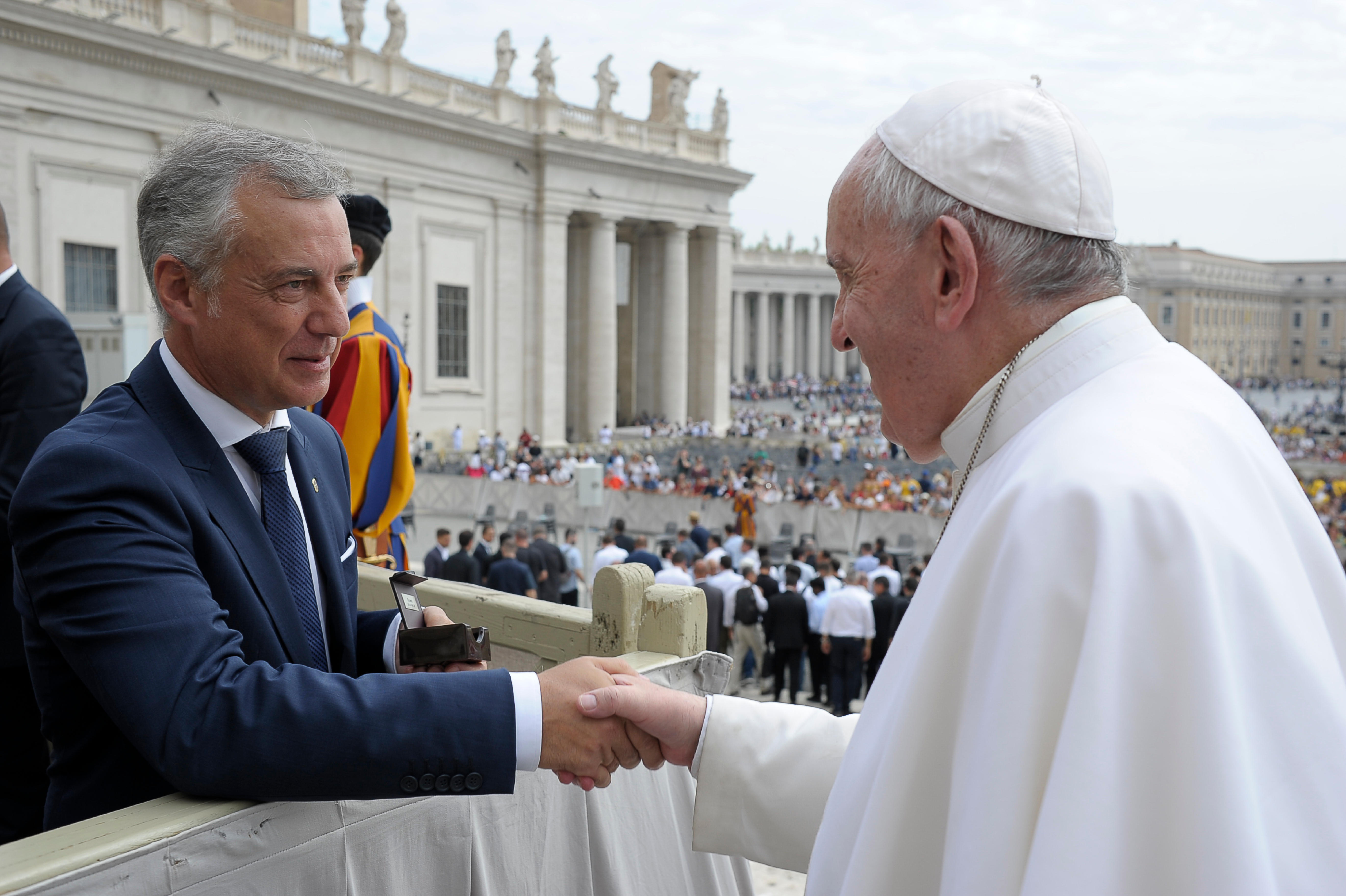 Lehendari Iñigo Urkullu, the Basque Premier, accompanied by the General Secretary for External Action, Marian Elorza, and the General Secretary for Human Rights, Coexistence and Cooperation, Jonan Fernandez, put forward Propuesta Share (Share Proposal) at the Vatican The Lehendakari had earlier attended the Public Audience with Pope Francis held in St. Peter’s Square this Wednesday and met with the  Secretary of State, Cardinal Pietro Parolin, at the Apostolic Palace.

The Lehendakari had the opportunity to present Pope Francis with a lapel pin of the Gernika Tree.

The Vatican expressed its willingness to work with the Basque Country on proposals regarding receiving refugees in Europe.

Thus, during the statements at the end of the meeting, the Lehendakari expressed his satisfaction with the reception, both yesterday by the Order of Malta and today at the Vatican, of the Basque Government’s lines of work regarding development cooperation and how to look after vulnerable people.

The Propuesta Share content sets forth a commitment to respond to the migration challenge. Specifically, it proposes agreeing a mechanism so that the distribution of the responsibility, in its most vulnerable aspects, is shared. The distribution formula of the effort is based on three parameters: tax revenue (or the average disposable income, or the GDP), accounting for 50%, the population, (30%), and the unemployment rate (20%).