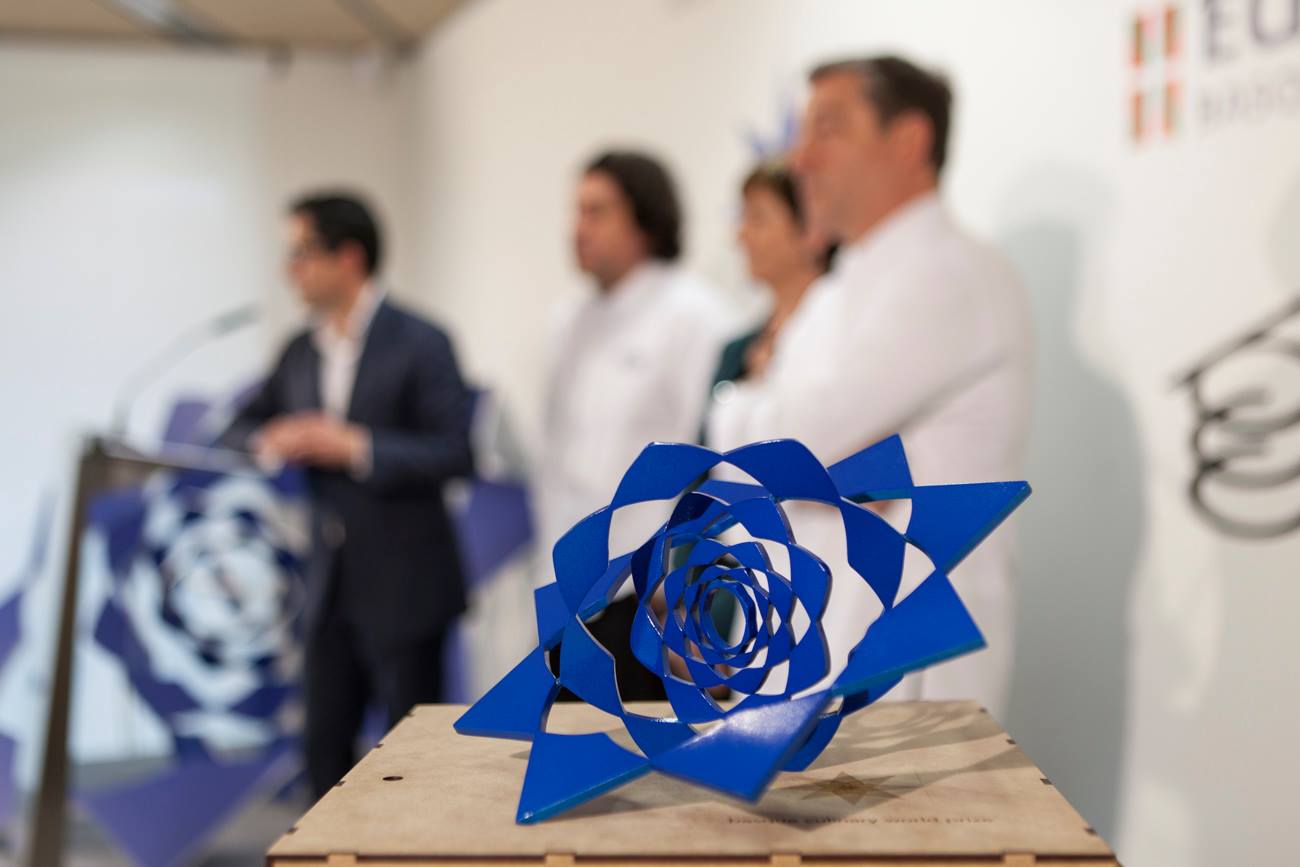 The Euskadi-Basque Country brand is yet again an international benchmark of social change and innovation, and thanks again to the culinary world. The Basque Culinary Center has launched the selection process to find the winner of the IV Basque Culinary World Prize, worth €100,000 and which seeks to reward chefs with transformative initiatives that transcend the culinary sphere and foster the interaction of that discipline with the environment.

This prize, which is part of the Euskadi-Basque Country Strategy, highlights gastronomy as a valuable driving force to implement transformative changes in society and is likewise a step further in the Basque Country being considered as an outstanding foodie destination. This prestigious contest, which has already been held three times, seeks to reward transformative chefs from around the world and any culinary culture who accredit an outstanding professional career in the field of culinary innovation, health, nutrition, education, the environment, food industry and economic or social development.

In analyse those track records, the Basque Culinary Center has a jury whose members are some of the most influential chefs worldwide, academics and international experts, including Joan Roca, Dominique Crenn, Eneko Atxa, Joshihiro Narisawa, Pia Sörensen, Manoela Buffara, Andoni Luis Aduriz and last year’s winner, the Scottish-born Jock Zonfrillo.

Precisely, last year’s jury honoured Chef Zonfrillo’s work to celebrate the culinary heritage of Australia’s indigenous peoples at his prestigious Orana restaurant and through the television programmes in which he appears. The Orana Foundation project has helped the indigenous communities to produce and market their traditional products and document over 10,000 native ingredients.

A year earlier, in 2017, Leonor Espinosa, the Colombian chef, won the Basque Culinary World Prize. Her work at the Leo Espinosa Foundation (Funleo) has allowed her to vindicate the ancestral knowledge of the Afro-Colombian and indigenous peoples, and drive rural growth processes based on food sovereignty.

María Fernanda Di Giacobbe, the first winner of the prize in 2016, has focused her professional life on a raw ingredient, Criollo cocoa, as a source of identity, culture and economic wealth. Cocoa has allowed her to train over 8,500 people at her confectionary workshops, most of whom were economically vulnerable women, and to run the  Cacao de Origen [Cocoa of Origin] project to research and promote Venezuelan cocoa and chocolate.

These three chefs have become driving forces for development and social change in their respective spheres thanks to gastronomy. They all share the values that the Basque Culinary World Prize seeks to reward as part of the Euskadi-Basque Country strategy, based on excellent and transformative calling, and on the balance between identity and creativity, and cooperation and collaboration.